aespa who has become the “4th gen idol center" that transcends virtual and reality, surpassed the BTS.

SM Entertainment's new idol, aespa, is showing remarkable growth as it swept the top spot on various music charts with its new song "Next Level." On June 21, aespa reached the top of the Melon 24 Hits, surpassing 100 million views in 32 days after the release of the music video. 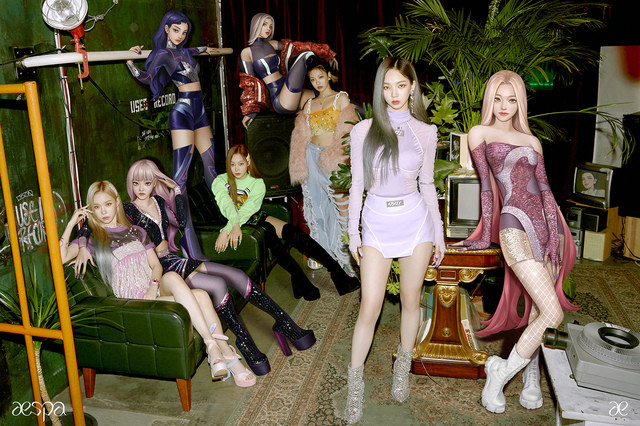 Aespa has put forward innovative concepts that cross the boundary between "real world" and "virtual world," focusing on celebrities and avatars. It would have been attractive to fans who are facing the AI era today, which is not distinguished from offline life. SM's strategy, such as receiving love calls from numerous global companies, not only raises K-pop's status but also poses a big challenge to establish an industrial system.

Aespa winds are also blowing on SNS, and the challenge to imitate the point choreography "ㄷ" dance of the new song "Next Level" is popular. Thanks to its addictive melody and unique choreography, it is gaining huge popularity by posting cover videos on various communities and SNS.

ABC News in the U.S. said the new song contains a unique worldview story set in a digital world that coexists with avatars. It is the next level for K-pop to move forward, melting virtual reality, artificial intelligence, and social media well into music.

Initially unfamiliar with this concept, the public seems to be getting used to it and falling in love with it. It can be said that SM's firm concept and story are gradually becoming familiar, and "SMCU(SM CULTURE UNIVERSE)" is being put forward as a new project to help fans immerse themselves in this story.

Based on the popularity of the new song, many people are looking forward to what new aspects will be shown in the future. Aespa, who opened a new world of K-pop and became the center of 4th generation idols. It can be seen as an example of the success of K-pop's evolution and differentiated concept.